This guide looks at claiming capital allowances to minimise your business’ tax bill. All rates and allowances correct at the time of publication. For the purpose of this article, a business may be a limited company, a partnership or a sole trader.

A capital allowance is the HMRC or tax equivalent of depreciation.

For example, a business buys a machine for £10,000 and believes the machine has an estimated useful working life of 10 years. The business may choose to depreciate the asset at the rate of £1,000 a year until it has a net book value of zero after 10 years.

Depreciation is generally not allowed for tax purposes and therefore any depreciation in the accounts must be added back to increase taxable profits. Instead, you may be able to claim a capital allowance.

Capital allowances are HMRC’s was of making tax fair and equitable when it comes to calculating taxable profits.

Why is depreciation added back and a capital allowance deducted?

Depreciation policies will vary from business to business. One company may write assets off over 3 years another over 10 years.

If depreciation were an allowable deduction in the tax calculation – a business wishing to reduce its tax liability would write assets off faster and pay less tax than another company that chose to write assets off over a longer period. A business will choose the most appropriate write-off period for their circumstances – for example, a sole trader might replace computers every 5 years whereas a software company might write them off over 2-3 years. Both policies are fair for each business but would result in them paying tax on a different basis.

HMRC will add back depreciation and deduct capital allowances instead – to make the tax charge fair and equitable for all.

There are no capital allowances for land and buildings, although certain fixed plant and machinery within a building may be eligible.

The government has also announced that there will be some special capital allowances for enterprise zones in assisted areas.

Machinery is any device with moving parts. It does not have to be connected to any form of power. For example, a locking mechanism is machinery.

Plant must have an expected life of at least 2 years and be required for the functions of the business so would include items such as computers, laptops, printers, phones, tablets, tool stations and any large asset that is used in the business. Some small items, such as replacement loose tools, or computer peripherals of say £100 or less may be regarded as revenue expenditure. This means that you are able to claim tax relief immediately and not over many years.

Plant and machinery is a fairly old fashioned term still in common use today – in reality, it just means the assets that are used in your business to conduct your business. It would not include assets that you had bought for your hobby, but did not use for your business – these are personal, not business assets.

Say for example Bertie runs a T-Shirt print and Embriodery business – he would be able to claim a capital allowance for his industrial sewing machine against his business, but not for the lathe in his garage that he bought to enjoy his woodworking hobby. Charlie the carpenter, would be able to claim capital allowances for the lathe that she used in her business – but not for her sewing machine that was bought for her hobby.

There are three types of capital allowance:

The main exceptions are for ordinary cars and plant and machinery purchased during a company’s final trading period. At the time of publication, the AIA was up to £500,000 from 1 April (companies) or 6 April 2014 (unincorporated businesses) to 31 December 2015. Reducing to £200,000 from 1 January 2016. The maximum AIA is time apportioned where a business’s accounting period spans a change to the limit.

The annual investment allowance (AIA) is effectively a 100% capital allowance for plant and equipment except for cars.

If you buy an asset that qualifies for first-year allowances you can deduct the full cost from your profits before tax.

You can claim first year allowances in addition to the annual investment allowance – they don’t count towards your AIA limit. First-year allowances are ‘enhanced capital allowances’ there to encourage business owners to invest in energy efficient equipment.

You must use writing down allowances if:

Written down allowances are a simple flat rate, split into three different pools of asset:

If plant and machinery qualify for an allowance its value (after any AIA or FYA) is added to either the Main or Special Rate pool (unless tax law requires it to be calculated separately). Separate calculations are needed for certain long-life assets (those with an expected life of 25 years or more), some cars and (if you choose) short-life assets.

There are 2 general pools: 1 at a high rate and 1 at a lower rate. Capital allowances mean that the whole cost of an asset will eventually be allowed for tax. A lower rate consequently means that this process will take longer.

The higher rate pool attracts a writing down allowance of 18% a year; the lower rate pool at 8% a year. Where you acquire assets for both pools it is therefore often preferable to use the AIA against the assets that attract the lower rate. Long-life assets must be included in the lower Special Rate pool.

For example, an asset cost £10,000 and qualifies for the 8% writing down allowance:

To avoid small figures, HMRC now allows a pool that has fallen below £1,000 to be wholly written off. In our example, if we only had that 1 asset in that pool it would take 28 years for the value to reduce to less than £1,000. By that time you may have long disposed of the asset.

Short-life assets have an expected life of up to 8 years. These may be left out of the 2 general pools if you wish.

The advantage is that you can claim capital allowances over the expected life of the asset rather than on a reducing basis, allowing tax relief to be obtained much more quickly. This election is commonly made for computer equipment.

We can advise which assets come within the scope and whether it is worth making the election.

This charge is equal to the excess proceeds received (effectively the potential negative balance that would be produced) and serves to increase taxable profits in order to take back the over claimed allowances.

Similarly, a ‘balancing allowance’ may arise where a trade ceases with a pool balance greater than zero. This allows for the entire balance remaining to be written off in full.

Cars are plant and machinery but have some special rules.

Low emission cars can attract a 100% first-year allowance. That means that you can write off the whole cost against your taxable profits in the year of acquisition.

Higher emission cars attract a writing down allowance of 18% or 8% depending on their emission figures.

Limited Company: If the car is a limited company car, the employee could be liable to pay tax on the ‘benefit in kind’ received by private usage of the vehicle. The amount is also determined by the car emissions.

Sole Trader /partnership:  Sole traders and partnerships are individuals trading to make profit – there is no legal difference between the person and the business – so there is no such thing as a company car. There are however 2 ways of dealing with cars:

Other points to consider

The main rate of corporation tax reduced to 20% from 1 April 2015 and continued at that rate from April 2016. Bringing forward expenditure to an earlier period may result in a greater tax saving. The timing of acquisitions can have significant tax consequences.

If you borrow money to pay for an asset, the loan relationship tax rules may need to be considered. 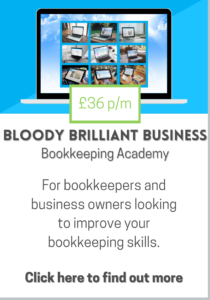 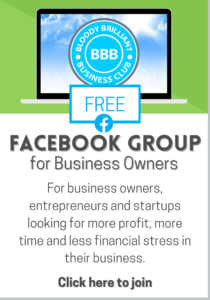 You may also enjoy:

By continuing to use the site, you agree to the use of cookies. more information